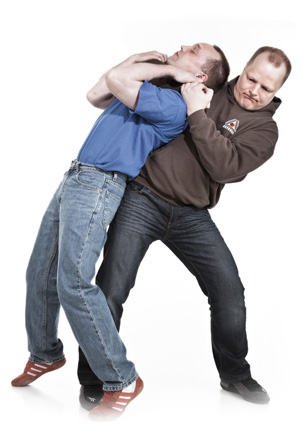 Jyrki Saario, the creator of Jyrki Saario Defendo and founder of Saario Academy, dedicated his life to learning teaching about close combat systems. For 40 years he trained kickboxing, muay thai, grappling, judo, box, bjj, krav maga, kapap, various styles of karate, wing chun, kyusho and others. He decided to combine the wealth of his skills and experience into a single system, which would contain the best solution offered by each of the combat style he has learned.

Through the years Jyrki developed the effective techniques (based on the work of Fairbairn and Sykes among others) and eliminated the unnecessary or uncertain ones. The result was a set of techniques that would not fail in a stressful threat situation. This is why Defendo is considered to be a realistic and one of the best self-defense systems in the world.

THE GENESIS OF DEFENDO

The history of Defendo begins in Shanghai in 1920. A part of the British Empire, the city was considered to be one of the most dangerous places in the world. The extreme conditions of enforcing the law in Shanghai forced two local policemen: William E. Fairbairn and Eric A. Sykes to develop selfdefense techniques applicable under such circumstances. Their ideas were baptized in fire on a daily basis during police actions, often ending in "live or death" situations. As a result Fairbairn published a book called "Defend-U" in 1931.

During the II World War Fairbairn was tasked with creating a simple and effective system of close quarter combat for the Allied troops. The systems had to be based on the natural reflexes of the human body and use maximum strength. Fairbairn's system was used by the Special Operations Executive, which specialized in diversion raids behind enemy lines among its other operations. The system was also used in other British, American and Polish units as well as government agencies (for example in the Office of Strategic Services). Fairbairn's system was also taught in the famous Camp-X in Canada.